The way it was to the way it is

In the early 1950's Clete Miller leased a building on the corner of Nuttman and 13th Street (now McDonald's) which was then called Swearinger Dairy Ice Cream and Malt Shop. Mr. Miller changed the name to Fairway and made it into a full restaurant serving breakfast, lunch and dinner. Featuring home fries with breakfast, shrimp creole, beef manhattan, beef stroganoff, prime rib a la carte with salad for lunch. Also serving oysters on the 1/2 shell, smoked fish, Greek salads and the famous Char Broiler in the bar.

In 1953 the huge Tiffany Chandelier was bought from the Noll estate in Fort Wayne, Indiana and placed in the famous Bamboo room. It was decorated with sketches of people who had visited our town or local business celebrities of our home town Decatur, Indiana. On the ceiling in this same room were the history newspaper headlines of World War II with big black foot prints across them. On the lighted wall was the beautiful outdoor scenery. This picture is now placed on the wall above the hot line. The people in the picture are Mr. & Mrs. Reppert who were the founders of the Reppert Auctioneering School. A picture of one of the early classes can be found on the wall in the bar (The Nickle Plate Pub).

In the 1960's he added the farm decor. Changing the name to Fairway Back 40 and giving each dinning room a special touch. The outside animals were added (the steer, the pig, and the horse & buggie).

Mr. Miller then started to create family style dinners which then originated the famous smorgasbord. It featured Prime Rib with other variety of prepared selections. Mr. Miller then began placing and exhibiting a variety of American heritage in the dining rooms and hallways.

This is when the Storm Cellar began with an all white frosted look. A piano player and sing along Friday & Saturday night while you waited for a table and your number was called.

In early 1974 Mr. Miller decided to expand and built what is now the Back 40 Junction with a Midwestern railroad decor and greater seating capacity. The club car of 1920 complete with all original lighting fixtures, seats, kitchen (weight approximately 44 tons) and the caboose gift shop from the 1890's were moved by C&L Yost Company with a 15 man crew.

Now inside the restaurant there were statues from John Rogers, a popular sculptor of the late 1800's, and the antique lamps that were once owned by Carol Lombard, an Indiana born movie legend. The Tiffany chandelier, which was brought from the Fairway is now hanging in the back dining area. The whalers lamp, the collection of the Burma Shave highway signs, the hand painted wall murals in the dining room and in the Nickel Plate Pub. The copper brewing vat called the "Grant" where malt liquor was stored and then piped to the beer vats, and the spigots are from the beer vats taken from the Centlivre Brewery in Fort Wayne, Indiana. On the ceiling in the Nickle Plate Pub are the Barnum & Bailey circus posters. Many of the smaller items come from our local people which are important to our Indiana culture. 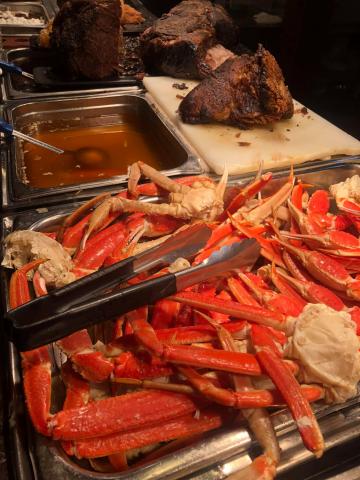 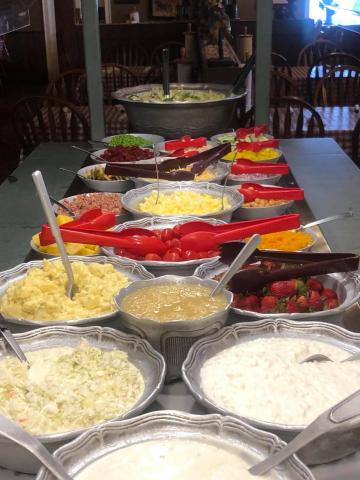 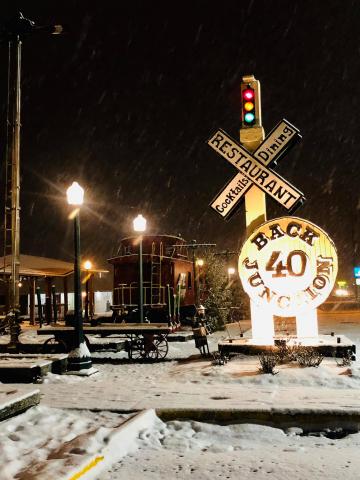 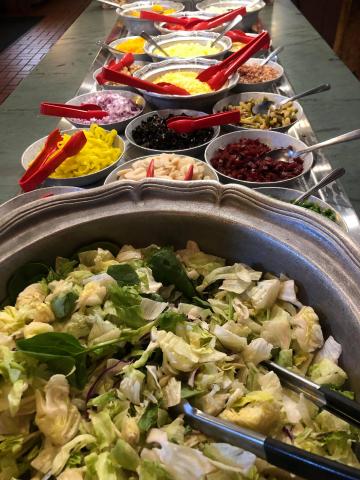 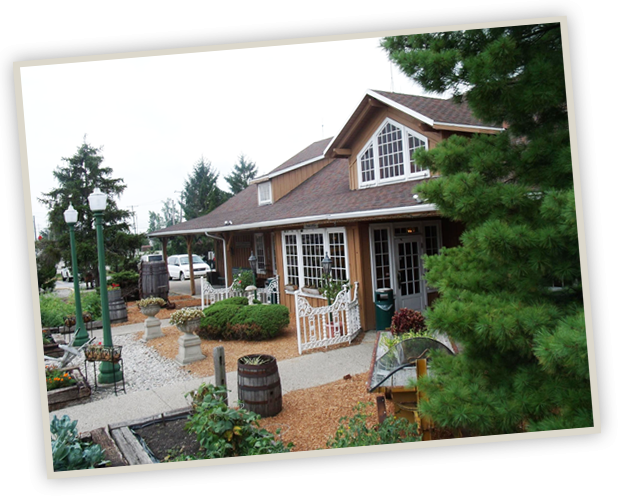 Welcome to the Back  40 Junction

Walking in the door of the Back 40 Junction is like stepping back in time. The main dining room holds a priceless Tiffany chandelier. Fascinating artifacts decorate the walls and ceilings, including whaler's lamps, authentic Burma Shave highway signs and oil lamps once owned by Carol Lombard.

And then, of course, there's the food...